The 9 Best Festivals in Nebraska! 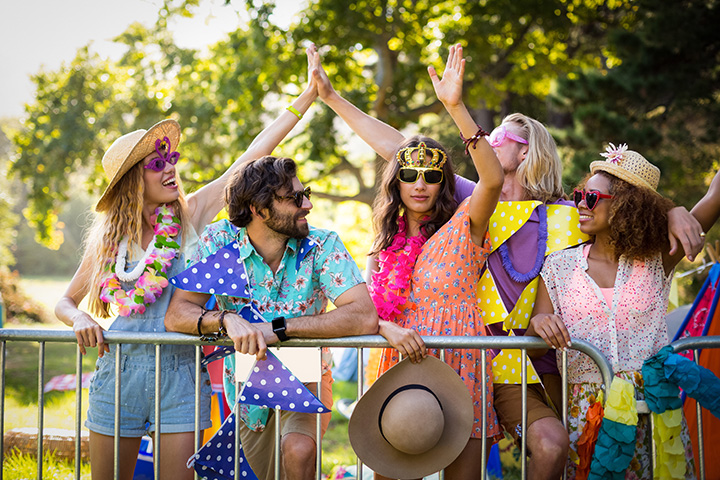 During warmer months, Nebraska comes to life with a plethora of exciting festivals across the state. From music, to art, to food, and overall family fun, Nebraska’s celebrations have something to please everyone. To make it a little easier on you, we’ve selected our 9 favorite festivals. Mark your calendar!

Arbor Day is celebrated every year on the last Friday in April in Nebraska’s hometown of the holiday—Nebraska City. J. Sterling Morton, who founded Arbor Day in 1872, is celebrated with city-wide festivities, including a parade, live entertainment, children’s activities, and a 5K trail run.

As the largest festival in western Nebraska, NEBRASKAland Days is a celebration of the state and its heritage and takes place every June. Concerts, a parade, contests, food events, a craft beer festival, art shows, and even a rodeo all happen over the 12-day celebration.

More than 80 years ago Edwin Perkins invented Kool-Aid in his hometown of Hastings, Nebraska. The drink quickly became the state’s official soft drink and is now celebrated each year with Kool-Aid Days in August. The festival attracts over 20,000 visitors and includes a variety of events such as games, a parade, and the world’s largest Kool-Aid stand.

Taking place in mid-September, Husker Harvest Days is one of the nation’s largest working farm shows. Hundreds of exhibitors come to offer their products and services focused on Nebraska and the Western Corn Belt’s agriculture. The event covers more than 80 acres with stands, field demonstrations, crafts, artwork, and much more.

In late March, Kearney, Nebraska welcomes more than 80 percent of the world’s population of sandhill cranes as they travel from their southern winter grounds to their northern breeding grounds in Canada and Alaska. Their stop along the way in Kearney is celebrated each year with the Crane Watch Festival. Educational activities and fun events, such as the Miss Crane Watch Festival Pageant, take place across the area in Kearney, Minden, and Gibbon.

The Omaha Summer Arts Festival spans three days and features original art, live music, and exciting activities in downtown Omaha. One hundred and thirty-five juried artists from throughout the United States are in attendance and the festival has been named the city’s best annual festival. It has also been selected as one of the Top 100 Fine Arts Festivals and Top 100 Fine Craft Fairs in the nation.

The Wayne Chicken Show has been a tradition since 1981 and is a quirky, “cheep” event held annually on the second Saturday in July. Nearly 1,000 volunteers organize the festival, which includes the world’s largest chicken dance, games, fireworks, and the National Cluck-Off.

The Omaha SeptemberFest is one of the state’s top events. Four days in late-August/early September include festivities, fun, and entertainment for people of all ages. The endless list includes a Labor Day parade, mechanical bull, live music, fireworks, and much more.

In early August, a massive, regional star party is held in the lightly-populated area around the Merritt Reservoir. At 3,100 feet on an upland plateau, the location the perfect place for stargazing with clarity. Events include educational activities, a beach party, contests, canoeing, and more.

1:00 PM
Bottle Rocket Brewing, Seward, NE
Learn More
Select a Nebraska town to find
the Best Things-To-Do and Places To Go around you