The 9 Best Historic Theaters in Nebraska! 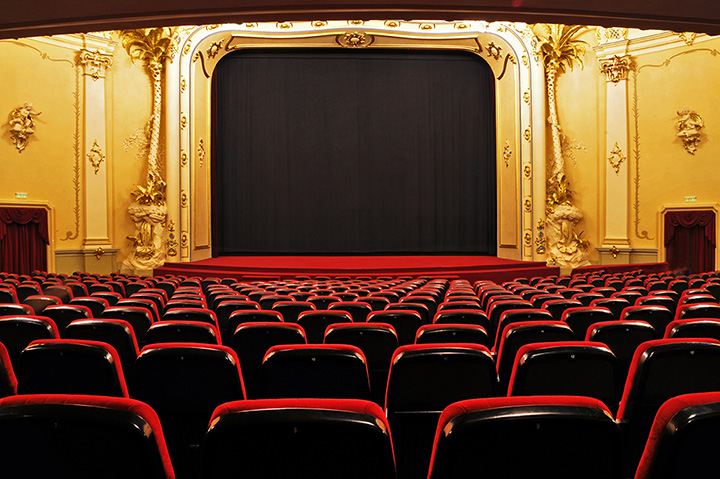 Whether it’s a movie or musical, there’s nothing like experiencing a show in a stunning, historic theater. Across the state of Nebraska, you can still find a number of theaters built in the early 1920s, and even before that. From former vaudeville spaces to theaters that once screened silent films, experience a step back in time at one of these 9 incredible historic theaters in Nebraska.

The Midwest Theater in Scottsbluff is a restored 1946 entertainment hall that hosts a variety of live music, movies, and theater events. A visit will transport you back in time and because of its history, the Midwest Theater was placed on the National Register of Historic Places in 1997.

Film Streams' Dundee Theater in Omaha is a single-screen movie house that dates back to 1925. Today, the theater projects independent flicks and cult classics, but the 300-seat theater was once the “it” place to be in the city.

The Grand Theatre is a defining building in the town of Grand Island. Now a locally-run non-profit, the theatre shows a variety of films and shows throughout the year.

Built in 1927, the World Theatre is housed inside of the historic Masonic Temple in Kearney. After being closed for several years, the theatre reopened in 2012 but still features its 1920s elements.

The Rose Blumkin Theater, or known simply as “The Rose,” originally opened as the Riviera and quickly became another defining theater in downtown Omaha. For almost 70 years, the Rose Theater has been dedicated to live performing arts and showcasing local and national talent.

The Pioneer 3 Theatre in Nebraska City is a local destination for entertainment with a side of nostalgia. This historic three-screen theater is still showing movies over 60 years after it opened.

Located in downtown Omaha, the Orpheum Theatre was built in 1927 and remains one of the state’s most popular performing arts venues. Last year, the theater underwent a $3 million update, and is definitely a Nebraska landmark not to be missed.

The Brownsville Village Theatre is more than 50 years old and was created out of an old church. This intimate theater hosts a number of productions and performances year-round.

Built in 1923, the Benson Theatre was once known as the Benalto Theater and would organize a number of performances, film screenings, and events. After a 6 million dollar renovation in 2022, this new state-of-the-art theatre is open once again in all its 20's era grandeur, created for the community to enjoy stage plays, film events, musical concerts, and more. 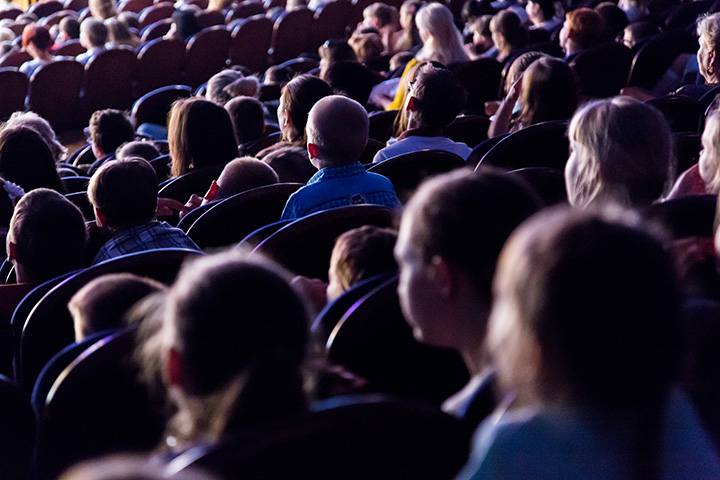 3076 38th Avenue, Columbus, NE
About Us:The studio is owned and operated by Lynette Hogelin, and has been in existence since 1984.Lynette graduated from the University of Nebrask... Read More

P.O. Box 164, Norfolk, NE
History: In 1964, a group of young married couples decided Norfolk was missing something. As the community was growing, the options for entertainm... Read More

1324 Tilden Street, Holdrege, NE
The Mission of the Tassel Coordination Council is to expand awareness and appreciation of the arts by providing opportunities to experience quality... Read More

803 Q Street, Lincoln, NE
Mission And Organization The Haymarket Theatre’s mission is to enrich, educate, entertain and empower our community through live theatre and... Read More

301 North 12th Street, Lincoln, NE
About Us: Welcome to the Lied Center for Performing Arts web site. The Lied Center’s mission is to educate, inspire and entertain the people... Read More

140 North 13th Street, Lincoln, NE
About On Monday, June 10, 1929, the Stuart Theatre opened its doors to the public for the first time. The first show to be performed on the histor... Read More

1415 O Street, Lincoln, NE
About Us: Box Awesome's Bourbon Theatre is an extension of a vision that began when the Moore family opened Box Awesome in the historic Haymarket ... Read More

2001 Sewell Street, Lincoln, NE
Mission StatementThe mission of the Angels Playwriting Collective is to foster playwrights in their development of new work from inception to produ... Read More

P.O. Box 752, Hartington, NE
Mission Statement The Cedar County Theatre is a non-profit organization whose purpose is to enrich, educate and entertain our community by providi... Read More

316 Main Street, Wakefield, NE
History:In the summer of 1992 our first presentation, The Hobbit, was performed in our old nest. Volunteers had worked for months finding a space, ... Read More
Show More
Select a Nebraska town to find
the Best Things-To-Do and Places To Go around you